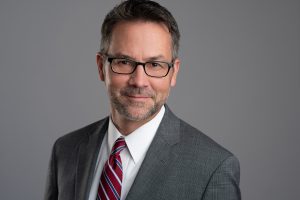 For more than twenty years, Mike has represented employers in court and before federal and state agencies in more than twenty-five states, before at least four U.S. courts of appeal, and in several state supreme courts. Before co-founding Lorenger & Carnell, Mike was a partner in the Labor & Employment Group of the global law firm Hogan & Hartson (now HoganLovells).

Mike, his wife Carrie, and their three children reside in Alexandria, Virginia.